Hailey Dolcini is an American personality who is currently a super senior at the University of Texas. After being transferred from Fresno state and despite several ups and downs in the team, Hailey managed to set a record for over 500 pitches in the NCAA tournament for the University of Texas. Hailey showed tremendous growth in her career earning multiple Mountain West Conference Scholar-Athlete and Academic All-MW honors. 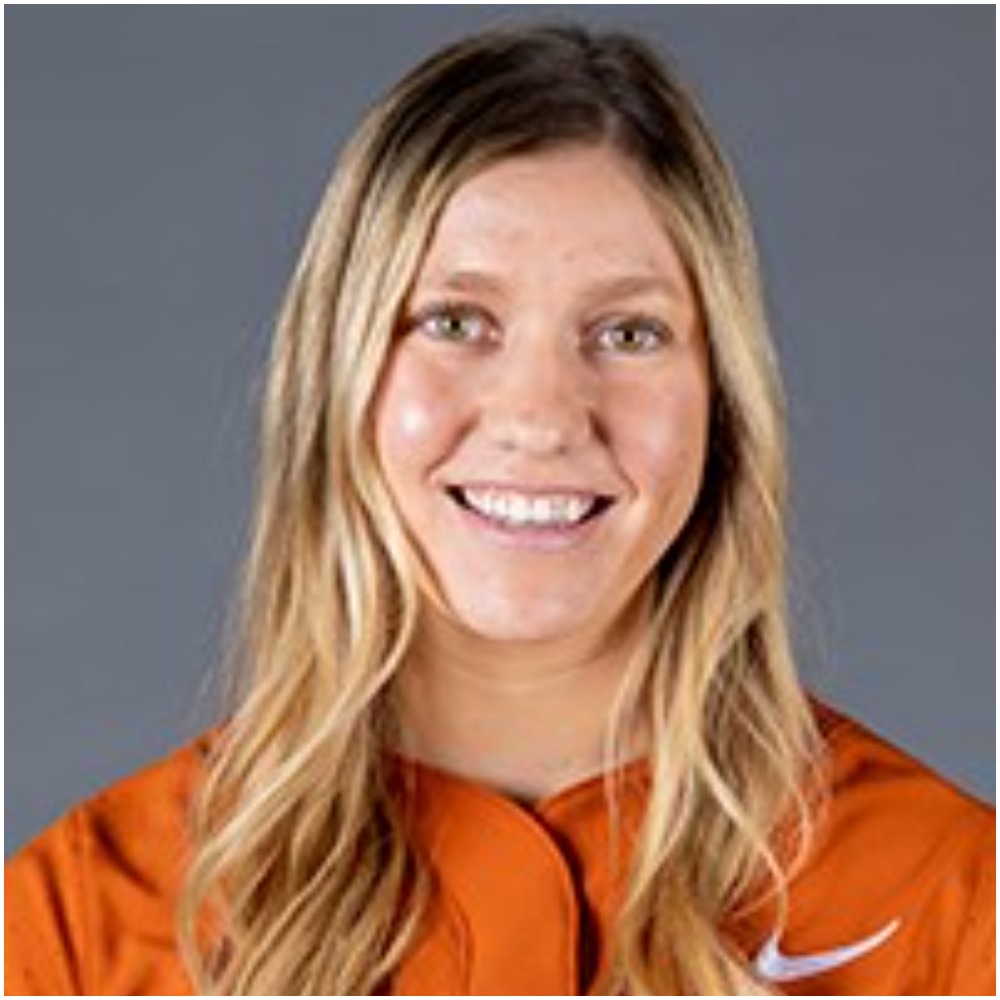 Hailey Dolcini is about 20-25 years old because she has not given the exact year of birth or any clue about her birth data. She spent her entire childhood and adolescence with her parents, Bobby and Kalynn Dolcini. She has a younger sibling, reportedly a sister named Camrin. Her father Bobby was a baseball player who wanted to play for Cal Poly during his time. Hailey is the kind of personality who often enjoys going out and hanging out with friends and family.

While in high school Fortuna, Hailey took the title of four-time Humboldt Del Notre (HDN) league MVP. Despite this, she has remained the honorary title of team champion and All-Small Schools CA First Team roster at Fortuna High School. She started her career with the record-setting tournament where she made a total win of 83-15 with a 0.56 ERA over 636.2 innings pitched. She struckout a total of 1,176 with an average of 2 strikeouts per inning and an average at bat of .121. As a senior, she set a total scoring record of 23-2 with an ERA of 0.38. She totaled her season with 10 no-hitters, 7 as a senior and 3 as a junior. She has earned the MaxPreps/NFCA Player of the Week title approximately three times during her high school career. Hailey earned the title of Principal’s Honor Roll at least four times and was nationally recognized in USA Today when she launched her career with her self-funded “K’s for Kids Cancer” foundation, where she raised the donation of approximately $10,000 to non-profit organizations.

Hailey played the freshman season at UC Riverside in 2018, earning the NFCA All-Pacific Region Third Team title. Despite this, she has also remained an honorary member of the All-Big West Second Team and the All-Big West Freshman Team. She threw a total of 34 games with 26 starts and had a total scoring record of 15-9 with an ERA of 1.80 over 159.2 innings pitched. With her efforts and hard work, she led her team to the third rank in the Big West in ERA. She struckout a total of 117 batters and walked only 61.

During the early years of her sophomore year in 2019, she threw a total of 30 games with a team-high 24 starts. She threw 13 complete games with seven complete-game shutouts and two shutouts in a tie. She made the top 7 in the MW in 139 strikeouts with a total of 17 wins and an average score of about .230. With her dynamic, hard work and energetic personality, she has earned the honor of MW Pitcher of the Week five times. During the final year 2021, she played or appeared in a total of 29 starting matches out of 31 matches. She finished her senior season of 2021 with record-breaking career points of 22-5, throwing more than 23 complete games. She deserved the credit of no. 1 in the NCAA with 14 shutouts and had a record of perfect games in the 16th and 17th games in the program’s history. During her super senior years, Hailey Dolcini announced her transfer to the University of Texas in October 2021. At the time of the announcement, she was the 12th best team achiever in the nation.

Hailey Dolcini is romantically committed to no one and is focused on her softball career for now. Either she’s too busy with her career or doesn’t want to reveal the insights of her life story. Whatever it is, she doesn’t have a boyfriend for now and still focuses on her softball gaming goals.

Hailey Dolcini is in her final years and committed to the University of Texas before signing her contract with Texas Longhorns Softball. For now, we can only predict the prize money and accolades she used to get out of the hard work in the field. Summarizing her past accolades, she has earned the honors of Softball America All-American Third Team (2021), Mountain West Conference Pitcher of the Year (2021), and many more. In addition, she must have received prize money with an annual income of about $500,000 to $1 million.