Maitreyi Ramakrishnan is an Indian-born Canadian actress. She is famously getting known for playing the role of Devi Vishwakumar in the Netflix teen comedy series Never Have I Ever (2020–present). 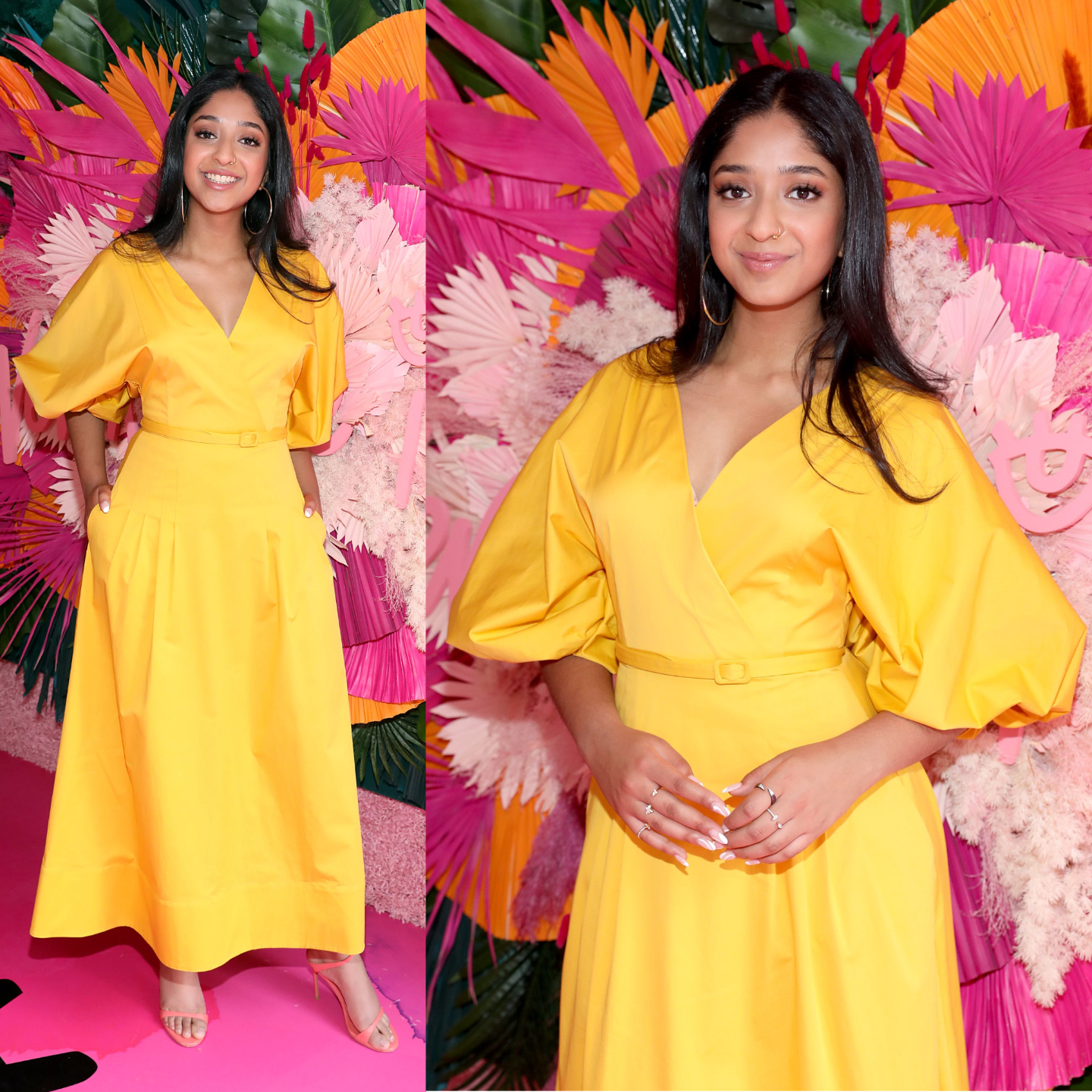 Maitreyi Ramakrishnan was born on 28th December 2001 and was raised in Mississauga, Ontario. Her parents Ram Selvarajah (father), and Kiruthiha Kulendiren (mother) are of Tamil descent and migrated to Canada as refugees from Sri Lanka due to war. Maitreyi was brought up along with her one sibling named Vishwaa Ramakrishnan (brother). She describes herself as a Tamil Canadian rather than calling herself a Sri Lankan. She is a graduate student of Meadowvale Secondary School.

While pursuing her last semester in high school, Ramakrishnan decided to pursue an acting career further. She got a role in the Netflix teen comedy series Never Have I Ever less than a year after. She decided to postpone her theatrical acting or practices at York University in Toronto, which she planned to attend after completing her graduation so that she could pursue her shoot for the series in Los Angeles. In 2021, she deferred her decision a second time when she was about to switch her degree to human rights and equity studies.

Ramakrishnan began her acting career with Netflix’s teen comedy television series called Never Have I Ever, where she performed the role of Devi Vishwakumar. In 2019, she was selected as one of the talented students among the 15,000 candidates by Mindy Kaling. In late April 2020, the series called Never Have I Ever was premiered on Netflix and both the series and Ramakrishnan’s performance received positive responses. Her performance was critically judged and was called a “breakout performance” by Variety. After the successful premiere of the series and performances in the episodes, Ramakrishnan received nominations for numerous awards and honors including an Independent Spirit Award, a Canadian Screen Award, and an MTV Movie & TV Award.

In July 2020, it was reported that the series was watched by around 40 million households globally since its release. Apart from working in the series, Ramakrishnan has given her contribution as the co-host to the live stream segment of the 8th Canadian Screen Awards, along with other celebrities like Lloyd Robertson, Herbie Kuhn, Emma Hunter, Evany Rosen, Kayla Lorette, Eric McCormack, and Théodore Pellerin. Ramakrishnan also worked in the live-read series Acting for a Cause, where she appeared as Olivia for a live staged reading of William Shakespeare’s play Twelfth Night. The show was organized with the agenda to raise money for a local hospital in Chicago that was struggling during the time of the COVID-19 Pandemic to combat the needs of patients.

In February 2021, Ramakrishnan was named as the “Breakout Actor” in the list of influential rising stars by Time’s Time 100 Next. She again got her repeated role as Devi Vishwakumar, in the second season of Netflix’s Never Have I Ever, which premiered in July 2021. The season was positively received by the audiences and critics after seeing the performance of Ramakrishnan. In March 2022, Ramakrishnan was announced as the brand ambassador for clothing retailer American Eagle’s “Member’s Always: Future Together” campaign along with other professionals like Madelyn Cline, Joshua Bassett, Michael Evans Behling, and others.

The following month, she gave her voice to the character Priya Mangal, a deadpan girl and one of the protagonist’s best friends, in Pixar’s animated fantasy comedy film Turning Red. She has worked for similar animated movies made for YouTube and also gave her voice to the character in the 2021 Netflix film called My Little Pony: A New Generation. She was one of the invitees for the 10th Canadian Screen Awards, where she received the honor of Radius Award from the Academy of Canadian Cinema & Television.

Maitreyi Ramakrishnan is not vocal about her love relationships. Although she remains close to her mates, her workplace friends, and her film partners, she hardly talks about her past relationships. She also doesn’t talk about things like if she ever had a crush on someone or romantically liked anyone else in the industry.

Maitreyi Ramakrishnan is surely earning well because of her only profession of acting. She is quite famous for giving her contribution or reprise roles to Netflix in Never Have I Ever and My Little Ponny and its different versions like My Little Pony: Winter Wishdaydagger in which she gave the voice role. For the moment, her estimated net worth is somewhere around $1 million.