Jon Rahm is a young and handsome Spanish professional golfer. He is known worldwide as the number one golfer in the World Amateur Golf Ranking, who achieved a record 60 weeks and then became the world number 1 in the Official World Golf Ranking. Jon is currently a player of Callaway Golf Way where he plays the proto-type woods and irons, Callaway Wedges, a Callaway Chrome Soft X Ball and an Odyssey putter. Jon currently plays on the PGA Tour and is ranked 3rd overall in the 2022 US Open at the Country Club. 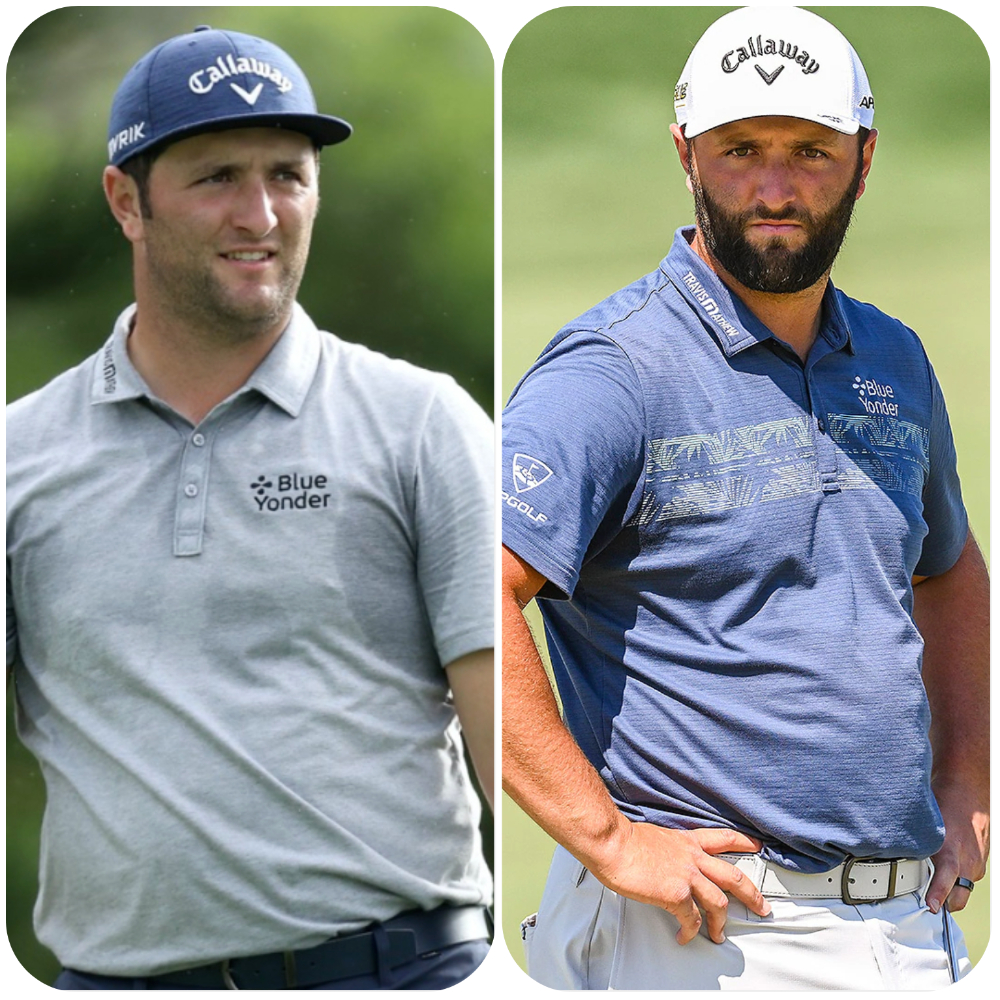 Jon Rahm also known as Rahmbo which is his nickname was born as Jon Rahm Rodriguez on November 10, 1994. He was born to his parents Edorta Rahm who is Basque and his mother Angela Rodriguez who is from Madrid. He grew up in Barrika, Basque Country, Spain. As a college student, Jon attended a local high school, then attended Arizona State University, where he was admitted through a golf scholarship. He received his degree in Bachelor of Arts and from there graduated in communication.

Jon’s professional career began in 2016 after he returned from the US Open, where he forfeited his 2016 championship waiver. A week later, he played at the Quicken Loans National, losing to Billy Hurley III, but the finish was good enough to rejoin the Championship as it was part of the Qualifying Series. In the Series, Jon was second in the RBC Canadian Open, where he achieved special temporary member status. He was credited with points as a non-member earning him the 2017 PGS Tour Card. After winning the Farmers Insurance Open in January 2017, he jumped to 46th place in the Official World Golf Ranking, which allowed him to compete in other championships. Jon played his first-ever World Golf Championship on March 2, 2017, finishing behind winner Dustin Johnson. He then made the WGC Matchplay debut where he scored a career-high ranking in 14th place. Jon played the regular season of the FedEx Cup, where he finished in the top 10 in all four FedEx Cup Playoff events and fifth in the final standings.

Jon won the Career Builder Challenge after the sudden death playoff with Andrew Landry. The win took Jon Rahm to 2nd place in the world. He also won the Open de Espana on the European Tour in April 2018 and qualified for the European team and competed in the 2018 Ryder Cup. On December 2, 2018, he won the limited field Hero World Challenge tournament in the Bahamas. In 2019, together with his partner Ryan Palmer, he won the Zurich Classic of New Orleans on the PGA Tour and in June 2019 he placed third at the US Open in California, before winning the Dubai Duty-Free Irish Open. In July 2020, Jon won the Memorial Tournament to move up to number one in the world rankings, but was later overtaken by Justin Thomas. In August 2020, he won the BMW Championship in Illinois. On January 4, 2021, Jon signed a multi-year deal with Callaway Golf Company. He tested positive for COVID-19 and had to withdraw from the Memorial Tournament as the defending champion. On June 20, 2021, Jon won the US Open Tournament and dedicated his win to the late Spanish golfer Seve Ballesteros and celebrated the win with his wife and newborn son.

Jon is a 26-year-old who is currently married to his wife Kelley Cahill in 2019 after dating her since 2016. The couple live happily together and gave birth to their first child on April 4, 2021, naming him Kepa Cahill Rahm. They currently live in Scottdale, Arizona and are probably enjoying the best days of their married life.

The young professional player earns an estimated net worth of $2 million USD. His main source of income is currently his profession as a golfer and also earns some money as an ambassador. He is expected to earn more as he is already the best and will participate in many more tournaments.