Johnny Davis is a professional American basketball player who plays for the Wisconsin Badgers as a shooting guard. He is a college star basketball player who won a gold medal at the 2021 FIBA ​​Under-19 World Cup in Latvia. A recognized Player of the Year in the Big Ten, Johnny is currently one of the promising prospects for the upcoming NBA draft in 2022. 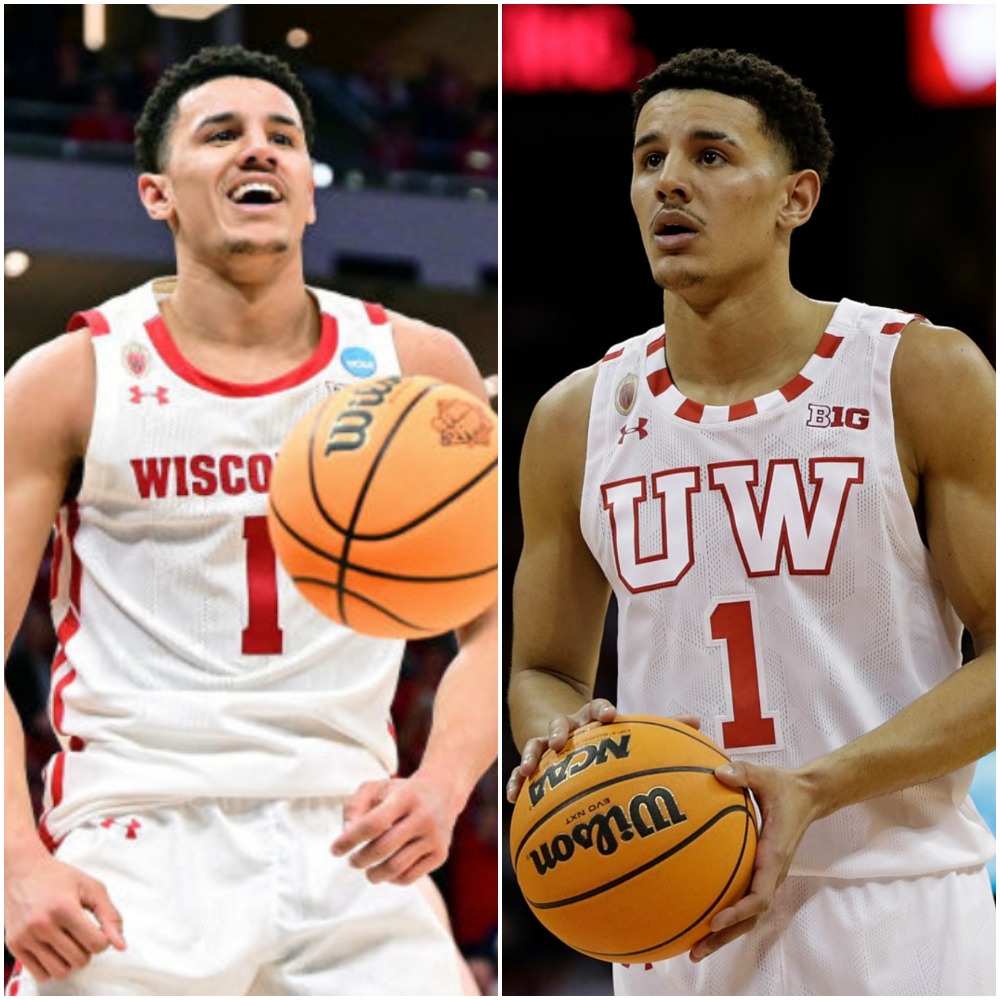 Johnny Davis was born on February 27, 2002 in La Crosse, a city on the Mississippi River, in western Wisconsin. He was born to his father Mark Davis and mother Sarah Davis. His father was also a professional basketball player and he played for Cleveland Cavaliers in the 1980s. Even his mother was a former volleyball player. Johnny was a talented and multi-sports player in his childhood, but he was inspired by his father and chose to become a basketball player. Johnny completed his high school at La Crosse Central in La Crosse, Wisconsin, where he played both football and basketball. He then enrolled at Wisconsin College and studied anthropology, his mother’s favorite subject. He also joined Wisconsin Badgers, a college basketball team.

Johnny is the twin brother of Jordan Davis who is also a basketball player. Johnny is also very close to his brother Jordan, they always had a sense of competition since childhood like – who has better shoes, who has better outfit, etc. As time went on, the love between them became even stronger and Johnny says Jordan is always better at things. They even exercise together in their spare time. He also has a younger brother Maxwell, and a younger sister, Samantha.

He started playing basketball at La Crosse Central High School in La Crosse, Wisconsin. He is the winner of the Division-2 state title as a freshman. And then he won the La Crosse Tribune Player of the Year for the junior session. He is nominated for the 2018-19 McDonald All American game. In this junior session, his average was 23 points and 9 rebounds per game. In 2020, he played and won the Wisconsin Mr. Basketball and since then he only plays college basketball for the Wisconsin Badgers team. He played all 31 games for the Badgers as a freshman and maintained a team lead average of 7.0 points, 24.4 minutes per game, and 4.1 rebounds. In 2021, he took part in a team competition at the Latvian FIBA ​​Under-19 World Cup and won the gold medal. He represented the United States. Johnny established himself as one of the best players in college basketball. Also in 2022 he won the title of many prizes. He was in the Big Ten Players of the Year and AP Big Ten Player of the Year. He has since been awarded Jerry West Shooting Guard of the Year and Lute Olson National Player of the Year.

Currently, Johnny Davis is an unmarried boy who is only passionate about his basketball career and has no relationship whatsoever. He focuses on his career and is single. Johnny is quite a well-known personality and has a huge fan base on various social media platforms. Many young people admire him, he has verified account on Instagram ie @johnnydavis with 40.1k followers. He is also present on Twitter @johnnydavis with 9.2k followers and he does not use Facebook.

Johnny Davis has just started his professional career and has a lot more to accomplish in the future. He has a net worth of $1.5 million which comes mainly from his partnerships paid for through his basketball career.