Chris Lanzilli is an American personality known for being a baseball player and devoted to the Arkansas Razorback. Chris is a right-handed batsman and right-handed pitcher, playing primarily in leftfielder, rightfielder and first baseman positions. Previously, he briefly played for Wake Forest University and later had a transfer to the University of Arkansas. 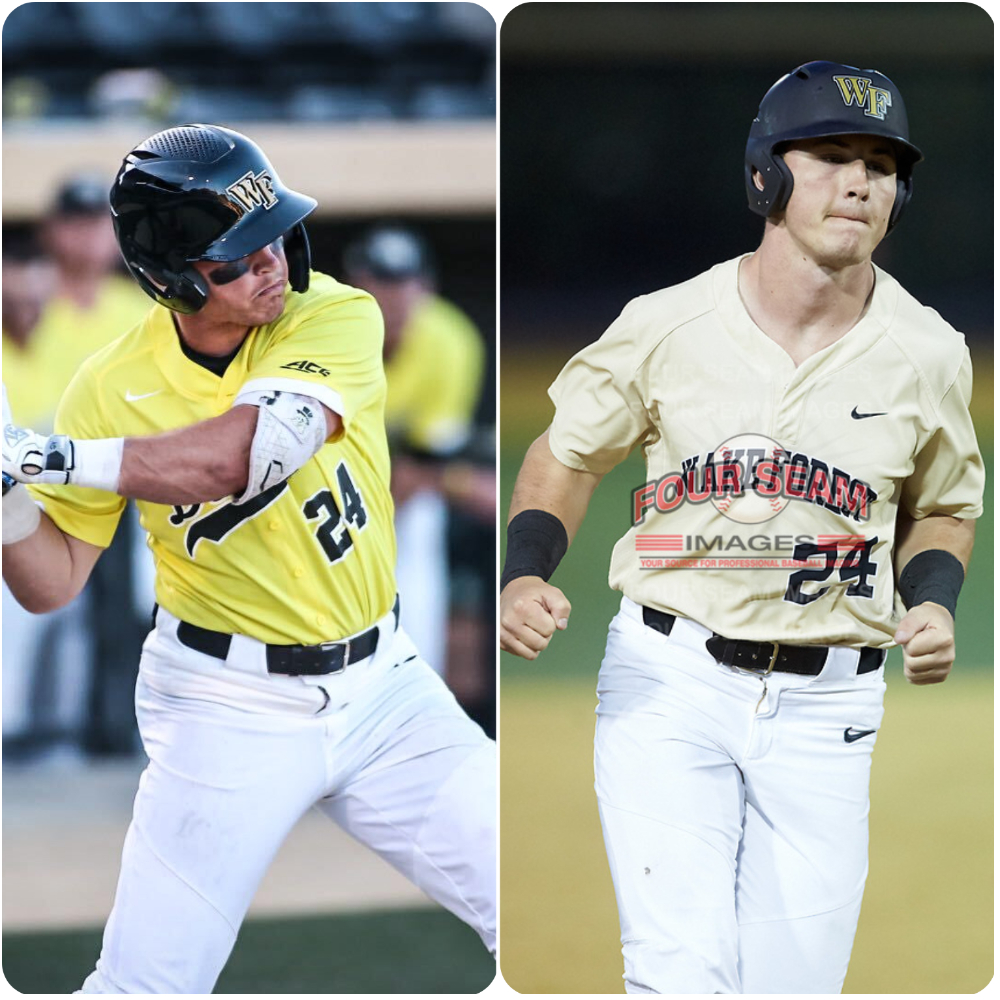 Born on June 18, 1998, Chris Lanzilli is the proud son of proud parents named Al and Therese Lanzilli. He shared his childhood with his older brother Cam, who is two years his senior and played baseball at UMass-Lowell and Eckerd. Chris is a graduate student of Dexter School (Brookline, MA), where he completed his education and later attended Wake Forest University (Winston-Salem, NC), where he had his college education along with a collegiate baseball career. He transferred from Wake Forest to the University of Arkansas (Fayetteville, AR).

Lanzilli had his collegiate career with Wake Forest from 2018-21 and later he entered the transfer portal where he saw a great transfer to the University of Arkansas. Chris appeared for a total of 170 games while committed to the Demon Deacons of Wake Forest, where he recorded a .298 batting average with 195 hits, despite hitting other record hits such as 147 RBI, 46 doubles, 42 home runs, and 76 walks .

While attending Dexter High School, Chris was rated the No. 356 prospect in the nation by Perfect Game. Despite this, he got more rankings from other sites, including the 19th-rated third baseman and the number 5 prospect from the state of Massachusetts. In high school, Chris was picked by Baseball America as the number 25 prospect during the 2017 MLB Draft in New England. He also earned other prestigious rankings such as No. 123 in the country and No. 2 prospect in the state by Prep Baseball Report. Among the several honors presented to him during his high school career, he earned the title of First-team all-state honoree by USA Today in 2017. In high school, he was a two-sport athlete, playing both baseball and football.

Chris Lanzilli appeared for a total of 170 games with 166 games in starts while committed to Wake Forest. He appeared and closed the Old Gold & Black Career with a .298 batting average, 195 hits, 42 homeruns, 147 RBI, 76 walks and 46 doubles. He finished the career with the third most home runs and was one of the most active baseball players in Division I. Chris had 42 home runs, tying his eighth all-time in Wake Forest history and taking the career to a huge boosted.

Chris spent his 2019 year practicing for the MLB Draft. On the part of Wake Forest University, he appeared for the 2019 MLB June Amateur Draft, where he was drafted by the San Francisco Giants in the 39th round.

Honors during second year in 2018

Chris’ second season turned out to be the most important year of his life. During the season, he earned All-America honors and made history after scoring a .347 batting average, 19 doubles, 67 RBI’s and 16 homeruns. He earned the various honors and awards, including some:

Chris is not committed to anyone in the industry. Most of his photos on social media are related to his family and friends and some belong to his childhood and childhood or enjoying the summers.

At this point, there are only details of Chris’ accolades and accolades that he earned throughout his educational and academic career as he scored consecutively for his baseball career.